This Vietnamese Cinnamon has 5% oil content, which contributes to its rich and deep aroma. It’s non-GMO and Kosher Safe. 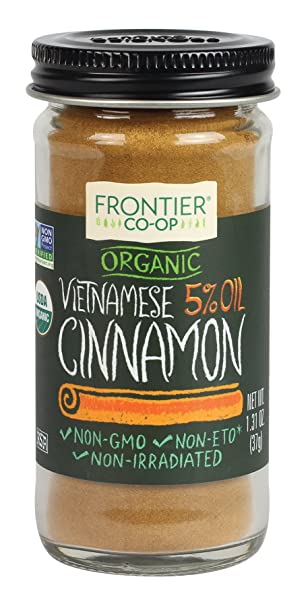 This Ground Cinnamon from Frontier is a sweeter variant of Cinnamon. It doesn’t have the sharp, spicy taste that Cassia Cinnamon would have. Most people found it pleasing that this Cinnamon is already sweet enough to taste.

The only thing that people found displeasing is that the lid is loose by the time the Cinnamon was delivered. Others also pointed out that it had no flavor nor aroma.

Although Frontier’s Vietnamese Ground Cinnamon has great flavor, it’s sweeter than your typical Cinnamon, and it has a mild aroma, but the lid is loosely packaged.