This is a premium-grade Cinnamon. It’s non-GMO, Gluten Free and safe for Kosher. It has high essential oil content is crafted in the USA. 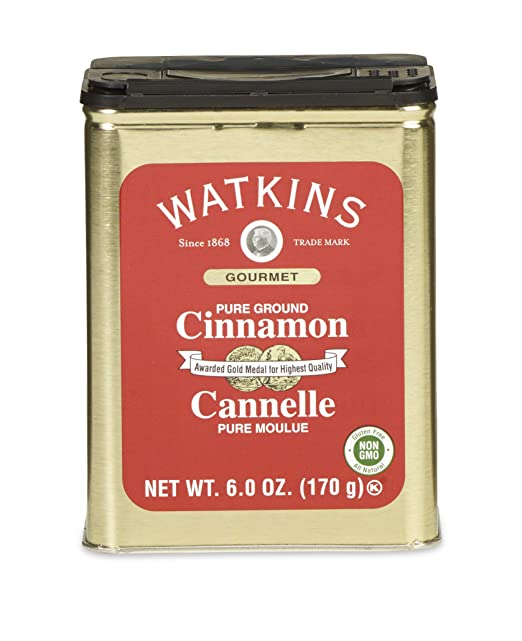 However, some people were not happy since the container couldn’t properly hold the Cinnamon powder inside and would most-likely spill on the plastic by the time the Cinnamon was delivered to them.

Watkin’s Gourmet Spice Cinnamon Powder is great for coffees, baked goods, and savory dishes. However, the packaging is not entirely secured and most likely spills over the plastic by the time the Cinnamon Powder gets to the buyer.

For a tin of this Cinnamon Powder, it’s already a good price.