This 15-ounce Cinnamon Powder is Kosher Certified and doesn’t have any added color or artificial flavors. It’s deep, and sweet flavor is perfect for treats and savory dishes. 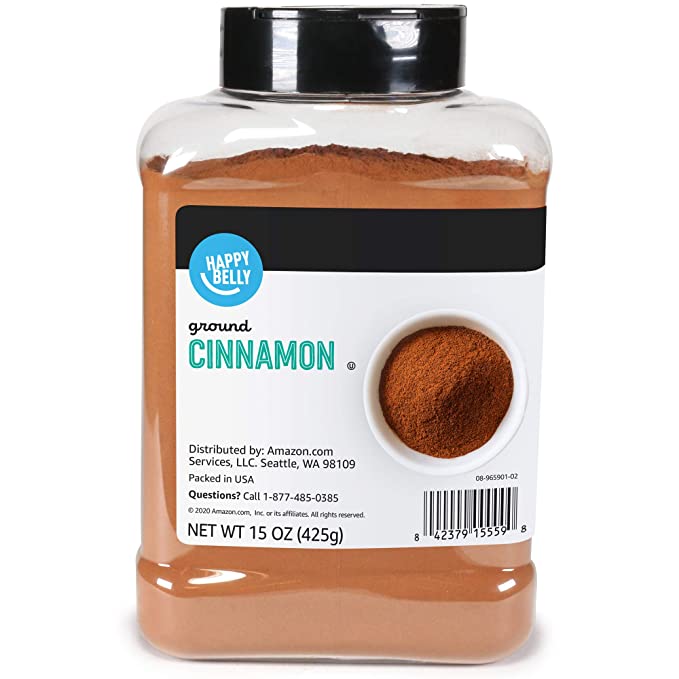 The great thing about this Cinnamon is that its a lot cheaper than other Cinnamon Powder brands.

Overall, some people loved its rich and intense Cinnamon Flavor while some didn’t.

Amazon Brand’s Happy Belly Cinnamon has an intense flavor, which makes it not for everyone. Some people prefer a mild and subtly sweet flavor while some want theirs strong. However, it’s a great spice to be added to your savory treats or your baked goodies.

This Cinnamon didn’t have any competitors as it’s Amazon’s own brand. However, this Cinnamon Powder is relatively cheaper than most Cinnamon.